PLASTICS are now ubiquitous in our lives, and the systems within our modern society could not function without these lightweight, easily formable, strong, cheap, durable, and readily-available materials.

However, our success at engineering such useful materials has created a systemic problem, with more than 10m t of plastic leaking to the environment and into the oceans annually. The problem is so pronounced that researchers at the Stockholm Resilience Centre are considering it as a planetary boundary threat.

The global and local efforts being taken to address plastic pollution are both urgent and multi-dimensional, with biodegradable plastics playing an increasingly important role. PHA (polyhydroxyalkanoate) is a bioplastic of significant interest as it is both bio-derived and biodegradable under ambient conditions, making it a truly “green” plastic. The prospect of manufacturing a commercially available plastic with exceptional properties, but without the legacy of accumulation in the environment, is an exciting one.

PHA – A plastic of the future

The world now produces nearly 400m t/y of plastic, most of which ends up in landfill. The widespread and very evident nature of this plastic litter is driving interest in bioplastics as a means to minimise the impact on the environment that our plastic consumption results in.

PHAs are considered to be bioplastics of the future. They display all the features characterising green plastics: they are biobased, biosynthesised, biodegradable in natural environments, compostable, and biocompatible1. Biodegradability is the most intriguing property of PHAs. An alternative bioplastic, polylactic acid (PLA), which is the largest-volume bio-derived polymer, breaks down, but only in an industrial composting facility. PHAs, on the other hand, will biodegrade in ambient environments, even in the ocean. They will degrade to carbon dioxide and water in the presence of oxygen, and to methane in anaerobic degradation, avoiding the accumulation of micro/nano plastics.

PHAs have performance characteristics similar to those of currently widely applied plastics produced by petrochemistry, and are expected to sooner or later compete with these established petrochemistry-derived plastics2. In fact, the global PHA market is already estimated to be US$62m (in 2020) and is projected to reach US$121m by 2025, growing at a compound annual growth rate (CAGR) of 14.2% between 2020 and 20253. This is at least in part because the range of products and applications for PHAs is extensive. PHA has been approved for food contact and used for trays, cutlery and straws; it services the eco-conscious market as material for moulded toys and eyewear frames; its biocompatibility makes it suitable for many biomedical applications; and being truly degradable it is particularly useful for packaging and agricultural applications. Factors such as stringent environmental laws and customer awareness are driving these markets3. 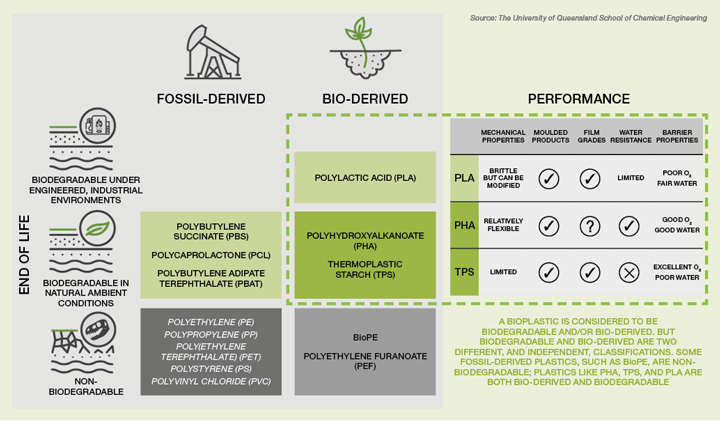 Figure 1: Not all bioplastics are ‘green’

The technology train for PHA production is unique amongst those for (bio)plastic production. It relies on bioprocess engineering, involving a biological process that uses a microbial culture that forms PHA intracellularly as a store of carbon and energy. The polymerisation is all done by the microorganisms; there’s no chemical synthesis involved. There are a number of variations on this theme, but production of PHA basically follows four distinct process stages as follows:

The global market for PHA is fast approaching US$100m. But the reality is that the biotechnology for commercial production is still constrained by: the challenges with maintaining a pure culture of PHA accumulating organisms; and the energy costs associated with cooling the highly exothermic bioprocesses. Recent developments show that extremophiles – bacteria and archaea that thrive in extreme environments – can be used to address these issues. For example, using thermophiles involves operation at elevated temperatures, which ensures a sufficient temperature differential to allow for the use of cooling water instead of expensive refrigerants. And using halophiles – organisms with high salt tolerance – allows for bioproduction in highly saline conditions, which precludes contamination without the requirement for sterilisation.

Given the enthusiasm for PHA, and the recent developments in the use of extremophiles for PHA production, we teamed up with the Council of the City of Gold Coast to consider the techno-economics for the halophilic production of 10,000 t/y PHA from sucrose, from sugarcane from Queensland, Australia.

The proposed technology relies on the use of Haloferax mediterranei, a halophilic archaea, to produce intracellular PHA. The benefits of using the halophile are:

The brine water/cell mixture from the accumulation reactors is separated through a hydrocyclone. The brine water is then recycled back to the growth reactor and the cell mass portion containing the PHA is washed with water.

Due to the high osmotic pressure in the cell, the cells burst during the water wash and release the PHA granules5. These are then separated in a horizontal two-phase separator. The non-PHA biomass portion is filtered to remove the biomass and the biomass-free water can be reused in the water wash.

The PHA-containing portion from the separator is dried before being pelletised.

Economic assessment shows that the capital investment for a plant with capacity to produce 10,000 t/y PHA is US$8.65m. Operating costs that include raw materials, utilities and labour contribute to a cost of production at US$2.5/kg. The cost of production is dominated by the sucrose feedstock which accounts for over 60% of the operating costs. This cost is based on the current relatively high price of commodity sugar and there are opportunities to reduce this cost by using a cheaper sucrose solution obtained before the sugar is crystallised by the sugar mill. A sale for PHA was assumed to be US$4.30/kg. These initial costs indicate that it is economically viable to produce PHA from sugar and one could expect a payback on investment within 2.5 years (at 40% ROI).

The need for capacity building to facilitate widescale production of bioplastics

The outlook for PHA, and bioplastics more generally, is obviously bright, with bioplastics manufacturing forecast to generate significant economic and employment benefits in addition to positive environmental outcomes. It is estimated that in Europe alone, the number of people employed in the sector could increase more than tenfold by 2030. But with these benefits come potential challenges, including competition with food production for feedstock as well as compatibility with both recycling and waste management systems. In Australia, we are preparing for this unprecedented growth and associated challenges with initiatives like the Australian Research Council’s new Industrial Transformation Training Centre in Bioplastics and Biocomposites, which brings together industry and researchers from across the value chain – from resource development to product design to end-of-life management. The A$13m Centre is led from the School of Chemical Engineering at the University of Queensland, with the view to delivering sustainable and holistic solutions, but with a focus on further technology development – including technology for PHA production and the manufacture of new PHA-based products, including flexible films – for the new bioeconomy.

Correction: Figure 1 originally made reference to ‘BioPE’ and ‘PEF’. It has now been corrected to read ‘PHA’ and ‘TPS’.